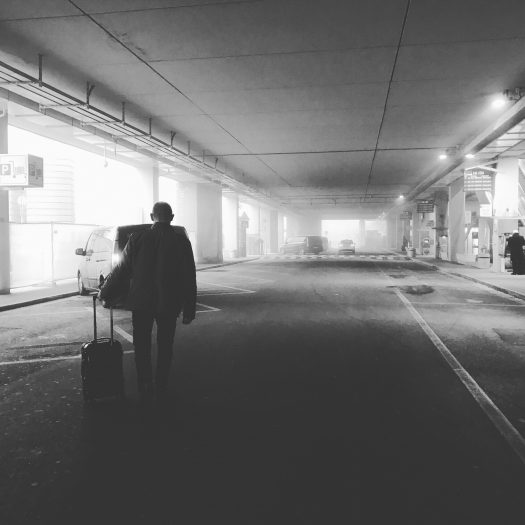 In this second article on interpreting assignments, I will be talking about international travel (read Part 1 about London here).

In my experience, international conferences held in Europe, whether they are in Germany, France or Italy, are most often conducted through English. This creates a strong demand for interpreters working between Japanese and English (JP<>EN), particularly from Japanese into English. There are not many JP<>EN interpreters based on the continent, which is why UK-based interpreters like myself often travel for assignments. These countries may have interpreters working from Japanese into their indigenous languages, but not between Japanese and English. And, ultimately, there is not much difference in cost between flying an interpreter in from the UK and from another EU country.

My overseas assignments include international conferences, company global meetings or company-wide events, and accompanying on-site audits, inspections or factory tours. The frequency of these trips depends on the month and season, but I’ve heard of interpreters in Japan doing four different assignments a day during busy periods. Some interpreters travel so much for work that they even run out of clothes, although I’ve never had to work quite that hard!

To give each assignment the attention it needs, I avoid taking on extra work during quiet spells and instead keep them as preparation days. Therefore, I take a maximum of two to three overseas trips a month and restrict myself to mainland Europe.

Travelling by air is standard for overseas assignments. As I am based in London, I can reach most major EU cities in around two hours. However, this also means that I can’t spread all my notes out on the flight and delve too deeply into my research (although maybe that’s for the best — it’d be scary if I lost them on the plane!). I often use the flight to glance through my glossary for the upcoming assignment. I read background material like books, too, but often prefer to conserve my energy and so put in noise-cancelling headphones, close my eyes and have a nap.

Remember your visas and connecting flights!

The most important thing for the regular overseas traveller to remember is their visa. Each country within the EU does things slightly differently, so it is a good idea to check their entry requirements beforehand. Travelling within the EU itself can also be misleading for the inexperienced interpreter or their clients; even if the destination is France, for example, you may have to pass through Germany and have to visit the immigration check at the German airport.

One time, for example, an American company bought tickets to Lyon via Frankfurt for me and the client I had been assigned to. The company didn’t realise that there would be internal EU passport controls, so when I checked the flight I realised that there was only a forty-minute changeover between arriving and departing! I quickly contacted the company to explain that, as a Japanese passport holder, I would need to go through immigration control and forty minutes was not enough time to make my connection. The company assumed that travelling within the EU was just like travelling within a single country.

In the end, it was too late to change the tickets so the company negotiated an arrangement with the airport at Frankfurt. When we arrived, the airport staff escorted us through a quicker route, unavailable to the general customer, and then through a special employee gate to board the flight. Thanks to the airport staff rushing us through, we made our connection in the nick of time. This is why it is always important to check what countries you will be passing through to your assignment, not just the destination!

Learning the hard way that knowing English is not enough…

The more I travel and work in Europe, the more I realise that knowing English by itself is not enough for the professional interpreter. Perhaps this situation is unique to Europe, but there seems to be an expectation that interpreters should command, if not master, multiple languages. (You can read my previous article on multilingualism and language learning here.)

It is not simply enough to have two mother tongue languages, as plenty of people raised in two languages would be unable to work as professional interpreters. This is because interpreters need to not only perfectly understand what they hear, but must also have a deep understanding of target culture and a confident command of nuance, social occasions, industry terminology and so on.

If your only other working language is English, like myself, you may occasionally face an unimpressed attitude from people who are used to working with European polyglots. There was a period in 2017 when I took monthly trips to Italy for business and every time I worried if I would remember any of my rudimentary Italian. Maybe I should have brushed up my phrases a little more, I thought. In truth, I spent the whole time feeling a little ashamed of my language skills.

That said, whether you can speak a local language to a professional interpreting level or not, I think learning even a little of the main European languages or the local language will make for more enjoyable and rewarding assignments. Wherever I go there are some taxi drivers that speak English, but many that do not. When in Italy, for example, I could rely on English maybe half of the time because my Italian was so limited. However, my French was a little stronger than my Italian, so I managed to get around the rest of the time by drawing upon those skills instead.

Travelling is expensive, but one of the best things about being an interpreter!

One of the biggest issues with overseas business travel is cost. Direct clients may book and pay for the interpreter’s accommodation and travel in advance, but with work that comes via language service agencies, the interpreter is often responsible for putting up the initial cost of travel, and sometimes accommodation too. This is reimbursed later or included in the interpreter’s invoice. In my experience, Japanese agencies commonly pay at the end of the following month, if not the month after that. If you consider arranging flights and accommodation, you may not get that money back until 3-4 months after an assignment.

Therefore, if you have several assignments in a month your finances could take a serious hit. If you don’t budget carefully, it may become impossible to travel for work. This is why it is so important to put money aside for these periods, and this is why interpreters prefer, or should always ask if, their clients are willing to arrange and pay for flights and accommodations upfront. Local agencies in the destination country may have special invoicing conditions, but most pay within 30 days of receiving your invoice.

When working with agencies based in the country of the assignment, an interpreter is usually given a fixed daily allowance for meals and expenses, rather than payment in advance. I like to avoid cumbersome invoicing that requires lots of receipts, so this fixed allowance method suits me. Depending on the company, this allowance may also include overground travel, which will be reimbursed after you submit a total quotation after the assignment is over.

An interpreter’s life can have many costs and challenges, but it has enabled me to travel extensively and this makes me happier than anything else. It has given me countless opportunities to meet clients and locals, communicate in my various languages, taste new foods and experience each region’s natural and cultural highlights.

By the end of an overseas assignment, I am so exhausted I feel like my brain is overheating. When I look in the mirror I appear to have aged several years and my hair is a total mess. But after the third day on assignment, I can’t quit, nor would I want to. When I pause during an assignment and look around me, there’s little I want to change. Business trips are an essential part of being an interpreter, and however tough they may be, I believe they are one of the gifts of choosing this career path. 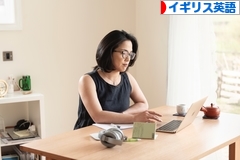