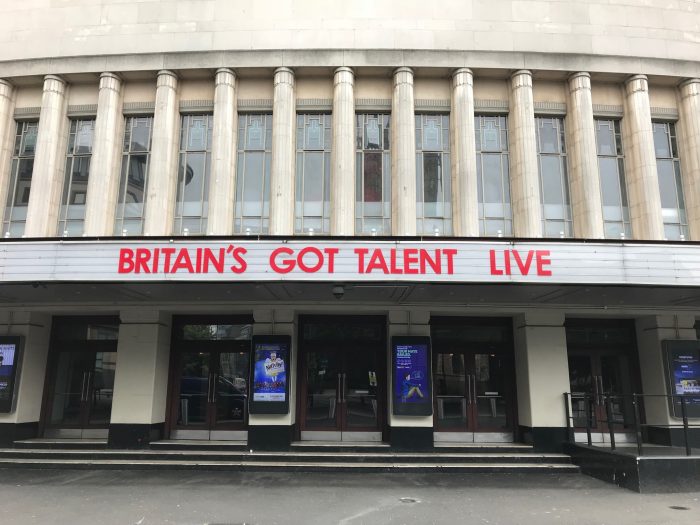 In this two-part series, I’ll be sharing a major part of my life as a UK-based interpreter; travel for business.

As a professional interpreter, you may find yourself travelling both domestically and overseas, for single-day assignments and for overnight stays in unfamiliar places. Some trips may take over a week and can even span several countries.

In this article, I’ll be focussing on the challenges and rewards of working and travelling in London.

Although I travel far and wide for business, much of my time is spent traversing my adopted home of London. And one of the oddest privileges of working as an interpreter is gaining access to buildings that I would normally never be allowed into.

One day I may be inside the prime minister’s private residence, normally only seen from the outside on TV, another day I’ll be at the Treasury, and other days I’m inside grand old buildings with long histories, some of which feel like museums. Some days I’m even allowed access to live television recordings!

I’m exposed to contemporary architecture at London City Hall, affectionately nicknamed “The Onion”, get to explore historic guest houses and hotels, and see first-hand the kind of famous bureaus and departments that only appear in high school textbooks back in Japan. I have also been free to come and go in the strictly controlled buildings of the security forces and police. If I wasn’t working as an interpreter, these buildings would be completely out of bounds and I’m lucky that my career has afforded me so many valuable opportunities to see them.

While an interpreter should never be late for an assignment, the traffic in London can create a real challenge. In the Japanese railway system, by comparison, cancellations and delays are such a rare occurrence that any delays would lead to serious problems. But in London, the reverse is true, with trains and buses constantly delayed and cancellations a daily occurrence. This stems not only from congestion, but is caused by everything from train driver shortage on a particular day to signal failure. Coming from a country where you can set your watch by the efficiency and reliability of public transport, I do find the state of London’s transport infrastructure ridiculous at times.

London buses can suddenly eject all of their passengers due to faults, breakdown or unexplained reasons, or the underground trains are also known to stop running. But if you watch passengers who know the city well, when their bus or train stops they immediately set off towards their destination on foot. If a train breaks down mid-journey, London commuters take a collective sigh—as if to say “Not again!”—and then most will quickly get up and set off on the next leg of their journey via an alternative route. I’m always impressed by this stoical state of mind, as well as the fact that I hardly ever see people complaining to train staff.

Transport for London (TfL) could issue ‘certificates of lateness’ like Japanese or German rail companies, but I suspect this would lose people even more time. As trains are so regularly delayed here, people applying for these certificates would quickly find out that this procedure can be very tedious and time-consuming, and so barely worth the effort.

Due to such transport conditions, an interpreter in London has to pay special attention to an assignment’s start time and date, even going as far as preparing alternate routes. The underground can be unreliable at the best of times, especially on the weekends when less trains run than during the week and TfL carry out construction work. Accurately calculating the time it takes to reach the airport is nearly impossible, so make sure to leave plenty of time to get there too. As far as possible, try and avoid travelling on the weekends and arrange travel to assignments during the week.

If you absolutely have to travel over the weekend and are relying on underground or overground trains, leave your house earlier than you would in the week. Commit alternate routes to memory, leave the house early enough to factor in a mid-journey diversion (like the stoic commuters above) and research the lines you’ll be taking beforehand. As the situation is constantly changing, it also helps to check the transport situation once more before your leave the house.

It’s worth noting that when traversing London on public transport, the most direct route is not always the quickest or most reliable. Although getting to Paddington from the nearest station to my home is on the Circle Line, the risk of delay is so high that I never use it unless I have to. Among the many different underground train lines running to Paddington, the Circle Line is the least reliable (much like the infamous Yamanote Line in Tokyo). When I need to travel to Heathrow airport, for example, I deliberately start my journey by travelling in the wrong direction. More precisely, rather than take the Circle Line west from St James Park to Paddington, which can be unreliable due to engineering work, I instead travel a few stops in the opposite direction to Embankment, and then take the Bakerloo Line to Paddington. From there, I can simply take the Heathrow Express out to the airport.

Single-day trips out of London

I’m often expected to travel from London to Birmingham for one-day assignments—the journey only takes an hour and thirty minutes on the high-speed train— and take day trips to Liverpool and Manchester too. However, as with the underground, you can’t always judge a journey based on distance alone.

One time, for example, I was offered work in Shropshire, which lies along the England-Wales border. In terms of distance, it is not much further from London than Birmingham, but the travel infrastructure in these places is very different and so reaching Shropshire in a day can be difficult. As the meeting was short and I was expected to both meet and see-off the client at the train station, it was thought that I could do this all in a single day. Unfortunately, this was much easier said than done. As much as I love Wales for it’s many areas of stunning natural beauty, you can’t always rely on the infrastructure, not to mention the patchy internet and phone reception.

With so many valleys and mountains, Wales is incredibly beautiful, almost a pilgrimage site for hiking and trekking. However, this terrain causes real problems when you can’t even use your phone. When travelling for interpreting assignments in Wales or the surrounding area, I work out a fall-back plan based on the assumption that my phone may not reliably connect. The usual advice of ‘If something happens, I can just call ahead’ or ‘If I get lost, I can check the map on my phone’ doesn’t apply in these kinds of areas, so you have to prepare more ‘primitive’ methods. I suggest carrying an A-to-Z and jotting down useful local phone numbers including local taxi or driving services!

London airports and a handy service for interpreters

London has several airports to choose from for business travel. There’s Heathrow, Gatwick and City, and further out you have Stansted and Luton. I find getting to City Airport the most convenient, which is why it’s my favourite, but as a small scale airport it doesn’t get as many commissioning companies or flights. This is why I end up using the large Heathrow or Gatwick airports more often.

One essential item for an interpreter who travels a lot or does work at UK airports is a Registered Traveller card. This service speeds up the process when arriving in the UK from another country and allows you to either use the same lane as UK passport holders or to use the ePassport gates. This can help avoid a long wait in the All Passports lane after your plane lands and so you can quickly make your way into central London.

I dislike filling in landing cards. The Registered Traveller card, however, allows you to avoid the bother and time spent if you fail to pick a landing card up on the flight and then have to queue up. Having a Registered Traveller card is much like using your fingerprint to unlock your phone: you don’t strictly need to, but once you start using this feature you won’t want to go back to entering your security pin number manually every time.

There are occasionally problems with passports or facial recognition, which involves a visit to immigration control to get it sorted out. Likewise, there can be issues at the ePassport gate, but with the Registered Traveller card, you simply have to find an immigration officer and explain your situation. Despite these occasional issues, the application cost is low, and when I think of how much time I save entering the UK, I feel more than compensated.

On a recent business trip, I asked some fellow interpreters about the service, and it turned out they all used it for its time-saving and efficiency!

In Part 2, find out more about my experiences travelling overseas for business and the challenges faced by the freelance interpreter. Until next time!