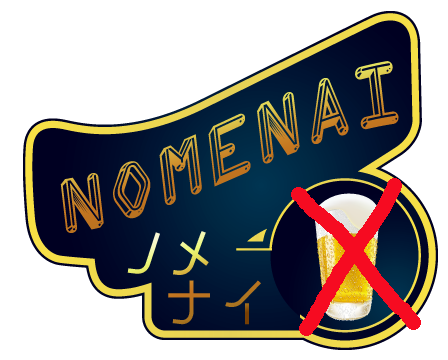 I can’t drink. Is it a problem, to blend in the society in Japan?

I’m a Japanese interpreter based in London. My step-son is studying Japanese at university and every now and again asks me questions. Interesting questions, as they have never occurred to me…!

Today, I am going to try and answer one of his friends’ questions.

My friend doesn’t drink because of an allergy (not sure to what) and he wondered if for him to get along socially in Japan, whether the sort of ‘social/drinking culture ‘ meant he’d be left out?

Nomenai? – No.  It shouldn’t be much of a problem.

If your friend is out for a big night, and everybody else is drinking hard, others may not understand straight away as to WHY your friend isn’t drinking with them.

Some may need more explanation than others before they get it, and others may read too much into it, wondering whether it is an excuse and that he actually doesn’t like hanging out with them.

Seriously, if he wants to make sure his friends have understood and know that he wants to be friends with them, then he can prepare a simple enough story.

Story that is true to describe that happened to him in the past, or to others people he knows. I’m sure they would appreciate his honesty.

Perhaps, it is  helpful if he helped them whether it is the drink and drink only that he can’t take or that he actually doesn’t like the drinking atomosphere either.

…or other sort of ‘ship’ building he is trying to nurture, Nommucation (combination of words between ‘nomu’ 飲む or 呑む= to drink in Japanese and English word loaned ‘communication’) becomes more important once in professional life, I’d imagine.

If and when he works in Japan, and one day he is invited for a drink, a casual ‘after 5’ (or after 8pm, I don’t know) for example, then even if he can’t drink he should still come along — if he wants to.

He doesn’t have to drink alcohol. He can drink 0% alcohol beer instead! It wouldn’t be so noticeable that he actually is not consuming alcohol, as long as he is there with them, having a good time together.

Nomenai!! If your friend happens to dislike alcohol flavour altogether,

…then it’s a different story.

But don’t you worry.

I’m only saying this because there is a better idea.

Have you heard of an illness called ‘gout’?

If you haven’t heard before, you can look it up easily. It is called Tsuuhuu (Tsuufuu) 痛風（つうふう）in Japanese.

He could tell them he suffers from gout, or if he is too young to have that problem he could say his father (a white lie!) does and therefore he needs to be careful as well or something along the line.

And — don’t forget to add the most important part as follows:

Nevertheless, he loves hanging out (with his friends), and he can even suggest where to go and what to do, if he feels up for it.

I hope above helps 😉

If you too have a question about Japan or Japanese culture, ask away!