I had a business assignment of two days, first day in London and then the second day in Sheffield.  The subject matter was “telematics” – have you all heard of telematics and been familiar with it?

It was all cutting edge, and both the talk and concepts were quite ‘edgy’  err – that was how I felt at the beginning, sorry! The agency told me it was an assignment from their regular client, a very major business consulting firm, and the purpose was – they said – market research.

Later on, I received a few slide decks, and realised it was quite different from what I had imagined.  At a glance it looked pretty IT centric.  I can do engineering and IT unless it is uber complicated but I am not from scientific background.

Science had been my second favourite subject in schools (schools!!) so I suppose I could say I am at least not science or maths phobic, but still, I am not someone who can confidently say yeah, that is my absolute strength.

Besides, ‘telematics’ involves quite an in-depth degree of computer science, algorithms, maths, analytics (yes, it is correctly spelt. It’s not analysis, it’s analytics) etc. I wish I was given a lecture about this field beforehand, even immediately before the commencement of the assignment!

That’s how I felt at the beginning, but you’ll be surprised that our comprehension, our reformulating skills and anticipating skills come in play to rescue! You’d be such a quick learner. I felt I became an expert by the time the assignment finished.

Of course, I couldn’t be the mathematician and actually do the maths but at least I had understood the concept and what was playing behind the scene. It is just that we are always wiser when it’s over. Yes, that is always the case, it’s a pity, isn’t it?

When it comes to interpreters, I think this agility – should I say – is one of the abilities called for.  It is one of the ‘knack’ which determines success or survival in profession.

Also, because it is a knack only so much can be taught, I mean it can’t be taught, really, but you could nurture the intuition through day to day efforts like be interested in what’s going on in the field and to have good enough level of general knowledge by doing well enough when you were in schools in those subjects.

This may sound a little contradictory and it is good to have a speciality, it can be a differentiator for you, but at the same time it is better and safer to be a generalist. When I talk about generalist, I am not talking about an ordinary generalist.

We somehow need to train ourselves to be the generalist who can turn the general knowledge to the level of expertise in an instant – ideally – as it is called for.  Often enough, it can be a tall order.

Imagine, if someone hired an interpreter who is not trained for court settings, and the interpreter heard ‘my learned friend’ they will not have a clue what that is.  They’ll be wondering “whose friend? what are they talking about?”

I mean even an experienced interpreter or conference interpreter could make such mistakes.  A lot of people in general, when they hear ‘witness’ they immediately associate with ‘eye witness’ in legal terms.

When I interpret, I try to envisage a picture from what I heard. I actively listen to the speech and envision something, like a mind map, and that is the decoded message. Then I try to describe the picture or map in the target language.

Obviously ‘normal’ listening doesn’t involve this much engagement, because it is passive listening, and that is normal, that is what everyone does, except interpreters.

In other words, if I couldn’t envisage a picture, I couldn’t interpret. I hear there is another type of interpreter who interprets without envisioning. I can’t quite grasp how they manage to do that but in my case I need to be able to see the logic and to imagine the structure to interpret.

It is like drawing a picture or map in mind.  By listening to the speech, draw route map, people’s names and product names would appear flashing like stations, and links indicate interchanges or junctions in the storyline, and then figures (numbers) will appear like the platforms or time of arrival or departure…

Now you can see how important to have this map or picture in mind for the interpreter.  Also, information such as where it has been stressed in a speech, emphasised by the tone of voice, little pause, eye contact, repetition etc.

They will be noted in our mind with * or ! and bold or CAPITALISED like a message that says “attention for engineering works.”  These non-verbal information or message will be incorporated, reflected into our rendering in the target language.

If the speech is extremely poorly organised, then it is not organised I suppose however, having parallel routes emerging from no where which happens all the time, then we lose the track of logic, the track of speech.

On the other hand, when the speech is delivered like they mean it, when it is structured and spoken in a manner that is not too fast nor too slow, nor fragmented – these things make our job a lot easier. You know the phrase, don’t you? – “every little helps.” 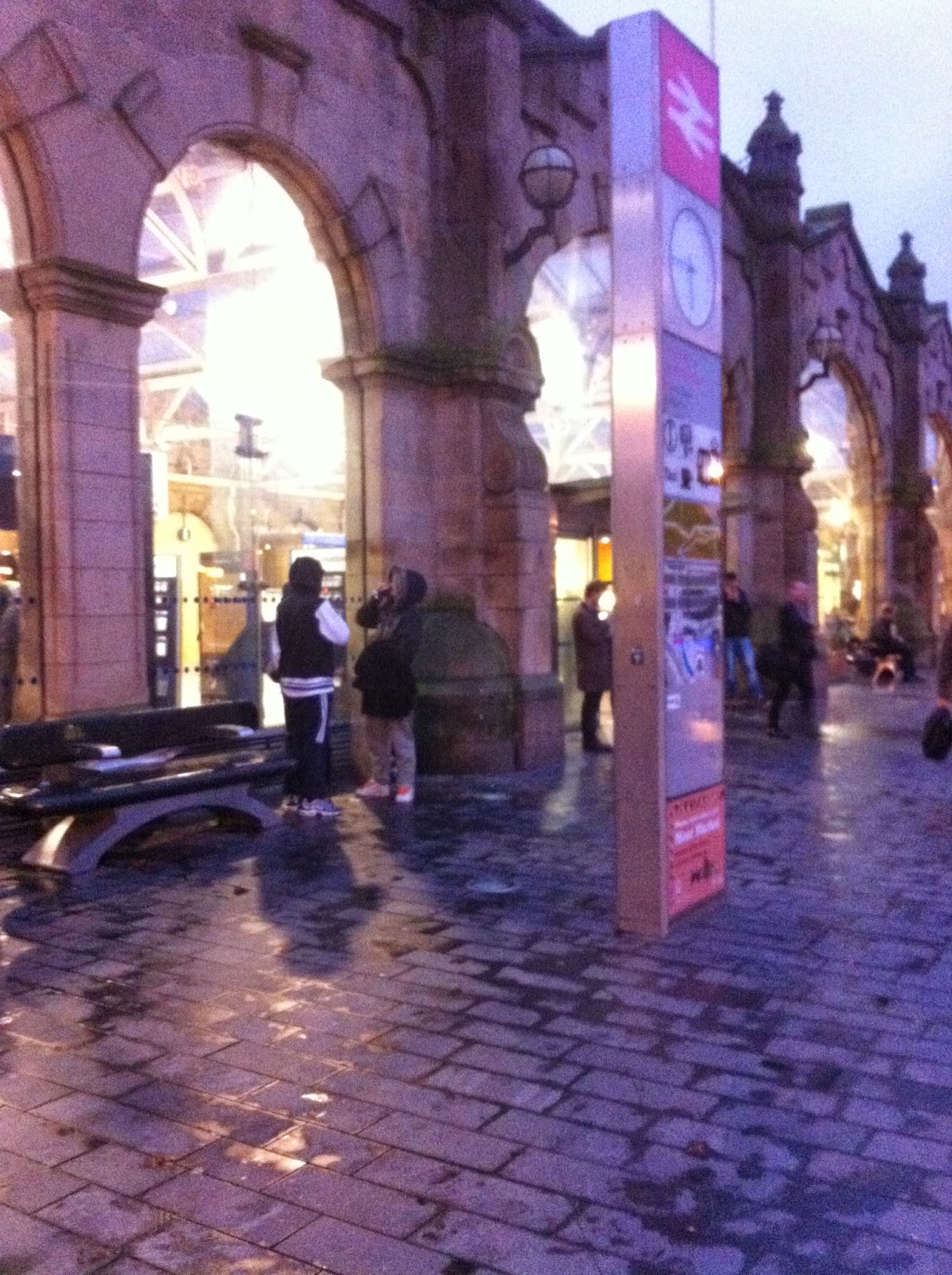 So it is again a recurrent theme, nevertheless, it is dangerous when end users or in fact any stakeholders involved in the assignments misunderstand.  They’re probably simply lacking understanding the truth, and / or lacking appreciation of our profession, either way, they are risking their business outcome.

What’s happening in the ‘black box’ (in the head of interpreters) is a lot more complex and profound than simply being a conduit. Sometimes end clients say “madam interpreter, just translate word for word” or they certainly believe “it only takes a few languages to speak and anyone can interpret.” 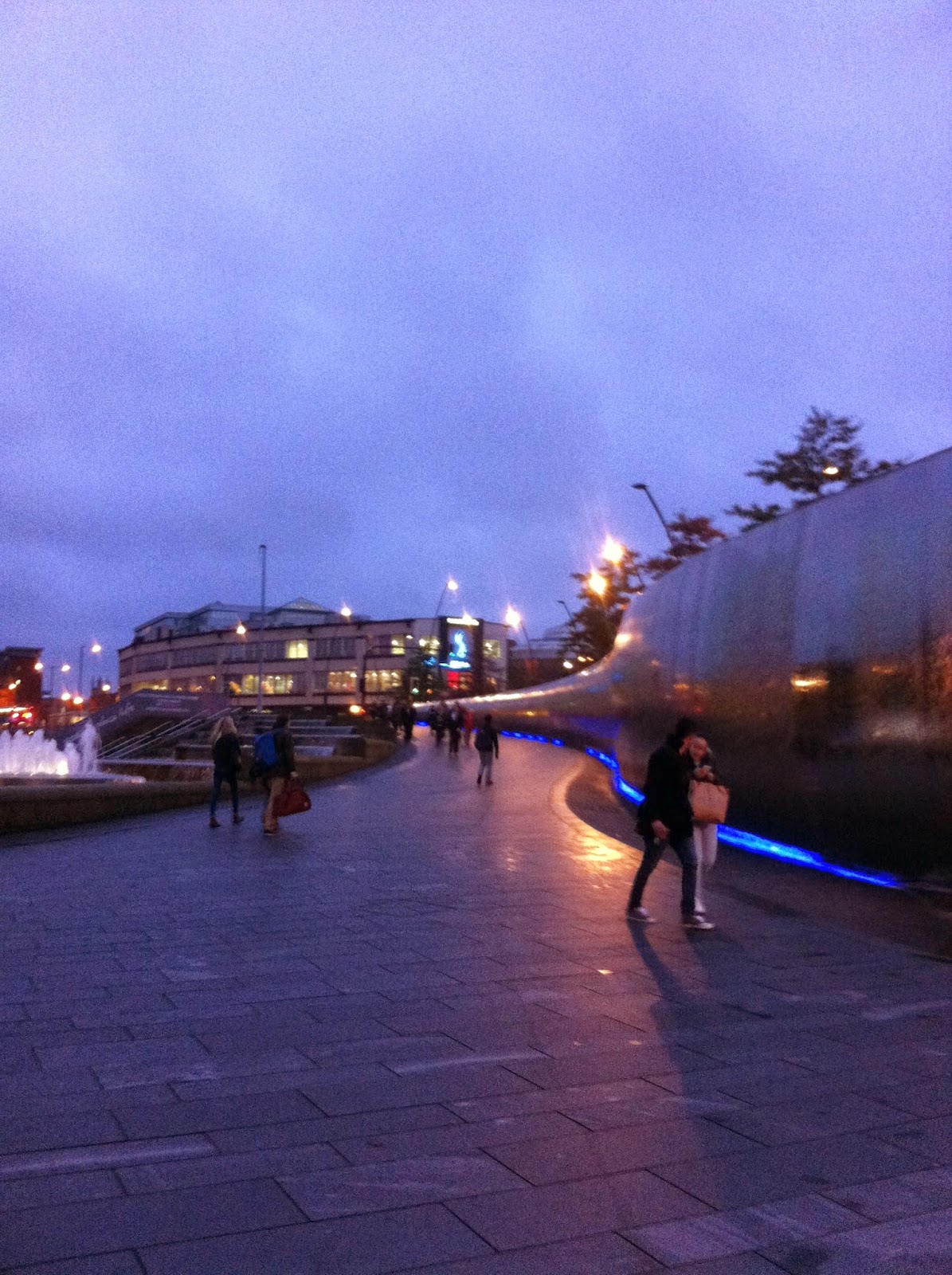 By the way, I had booked train in advance, so my return train to London was fixed.  It was cheaper, a fraction of the price of the open ticket.  However, had it rained a lot that day all day, my return train was cancelled (grrr).  I thought I wouldn’t be able to come home.

This is rather a peripheral element, but certainly worth taking into account as an aspect of our profession. We are free agents, meaning we are on the move all the time. We work in one place today, and another the next day.

I managed to go further up north, to Doncaster, and then took an alternative train with a different train company.  Although many people disapprove of train services in the UK, and I am no exception (sorry!), when it comes to this kind of flexibility, I’m thinking Japan might not be as ‘understanding’ or ‘flexible’ as this.  That said, trains in Japan are punctual- hence far more reliable. Ah, thank you!